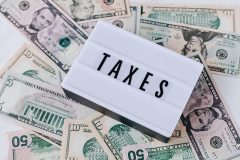 On 1 January 2021, amendments to the Profit Tax Act, the Income Tax Act, the Value Added Tax Act and the Cash Transaction Fiscalization Act, which were adopted as part of the 5th round of the tax reform implemented by the Government of the Republic of Croatia to create a competitive and stimulating business environment, will enter into force.